Welcome to our Winter 2015 Newsletter! 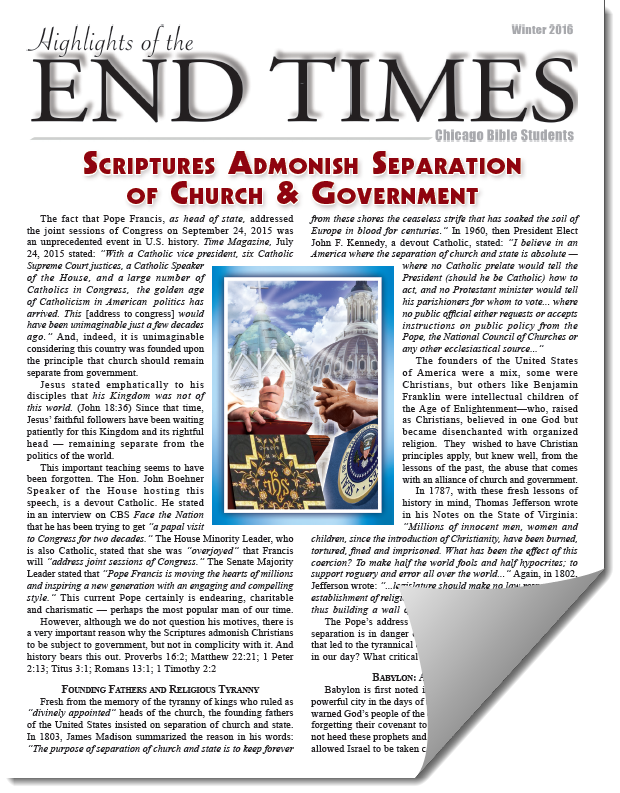 The fact that Pope Francis, as head of state, addressed the joint sessions of Congress on September 24, 2015 was an unprecedented event in U.S. history. Time Magazine, July  24, 2015 stated: “With a Catholic vice president, six Catholic Supreme Court justices, a Catholic Speaker of the House, and a large number of Catholics in Congress, the golden age of Catholicism in American politics has arrived. This [address to congress] would have been unimaginable just a few decades ago.” And, indeed, it is unimaginable considering this country was founded upon the principle that church should remain separate from government.  Jesus stated emphatically to his disciples that his Kingdom was not of  this world. (John 18:36) Since that time, Jesus’ faithful followers have been waiting patiently for this Kingdom and its rightful head — remaining separate from the  politics of the world 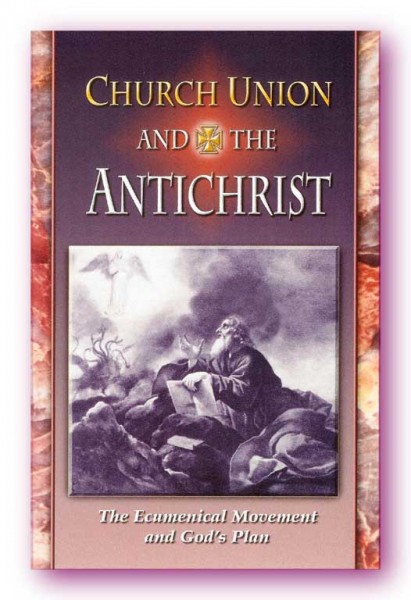 Christian unity between denominations is a popular subject in the world today. The purpose of this booklet is to relate the subject of church union with God’s plan over a large span of time. Jesus’ parable of the wheat and tares is examined in the light of history, seeing that both a true and false church has existed through the ages. The fall of “Babylon” is examined and the call to “Come out of her my people” is explained (Rev. 18:4)

We apologize but the coupon limit for "One FREE Copy (US Addresses Only)" has been reached.

Or you may order it by clicking here.

An informative discourse by the late Chicago Bible Students elder Carl Hagensick on the subject of a Christian's position on political involvement.