History of the Trinity 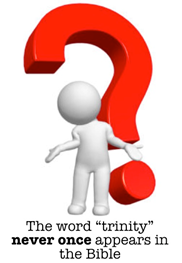 The doctrine of the Trinity is considered fundamental by many churches, although the word "trinity" never once appears in the Bible. In fact, the word did not even appear in Christian literature until the beginning of the third century. Tertullian, who introduced the word, used it in a very different way than it is used today. "The Father alone," he wrote, "was without beginning: the son had a beginning, and his pre-human existence was of the angelic nature. The oneness of the Father and the Son was a oneness of purpose and will."

Both Protestant and Catholic Bible scholars recognize that the doctrine of the Trinity did not become church dogma until the fourth century. Early church writers were emphatic in asserting that the Father was superior to the son, and as late as the third century the majority regarded the Spirit of God as merely a divine power, and not another person.1 The Jews, whom God dealt with exclusively during Old Testament times, never believed in a triune God. The rabbinical writings (Talmud), which date from Old Testament times are voluminous, yet the concept of a trinity is not once mentioned in them. The New Catholic Encyclopedia concedes that the doctrine of the Trinity is not taught in the Old Testament,2 nor does the New Testament teach this doctrine.

The Words of Jesus

In the last verse quoted above, note that the Heavenly Father is said to be the God of Jesus. And Jesus spoke of his Father in John 17:3 as the "only true God."

The Word Was With God 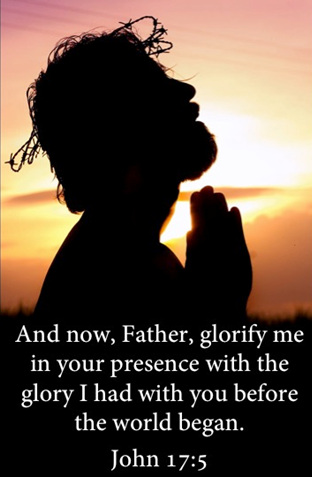 John 1:1 is frequently cited in support of the doctrine of the trinity, for our common version says that the "…Word was with God, and the Word was God." But that expression contains a contradiction, for how can the Word be God and be with God at the same time? This contradiction is not found in the Greek text:

"…the Word was with God and a god was the Word."—John 1:1 (Emphatic Diaglott—interlinear)

This translation expresses the thought that the Apostle John intended—that is, our Lord Jesus was with "the God" (our Heavenly Father) and that Jesus was "a god" (a mighty, godlike one). The night before he was crucified, Jesus prayed to the Father that, when resurrected, he might have "…the glory which I had with thee before the world was" (John 17:5). And God granted this request that Jesus made that night in Gethsemane, for Paul tells us that God has "…highly exalted him and given him a name which is above every name" (Philippians 2:9) .

I And My Father Are One

Truly, Jesus is a god, a mighty one, a ruler. But he is not the Supreme Deity. Whenever the Bible uses the word "God" in the sense of a Supreme Deity, it is referring to the Father alone—never to the Son. True, Jesus said, "I and my Father are one" (John 10:30). But later he explained that this is the same oneness that was to exist between him and his disciples: "Holy Father, keep through thine own name those whom thou has given me, that they may be one, as we are" (John 17:11). The oneness of the Father and the Son is a oneness of purpose and will. God is the Author, Jesus the honored executor of the Father's plans.

Thus, Paul writes, "But to us there is but one God, the Father, of whom are all things, and we in him; and one Lord Jesus Christ, by whom are all things, and we by him" (1 Corinthians 8:6). The high spiritual glory that Jesus now enjoys (Philippians 2:8,9) was received as a reward for his obedience on earth. Peter also speaks of this relationship between God and Jesus, saying, "The God of our Fathers raised up Jesus… him hath God exalted" (Acts 5:30,31). And Paul reminds us that Jesus "…hath by inheritance obtained a more excellent name" than the angels (Hebrews 1:4).

That "God the Father" is a separate and superior being to "Jesus the Son" is evident by our Lord's obedience to God's commands (Hebrews 5:8, John 4:34, Luke 22:42). The fact that many of the secrets of God's plan were not revealed to Jesus until after his resurrection shows that the Father and the Son were separate beings but with a "oneness" of character and purpose (See Mark 13:32, Revelation 5:1-5). 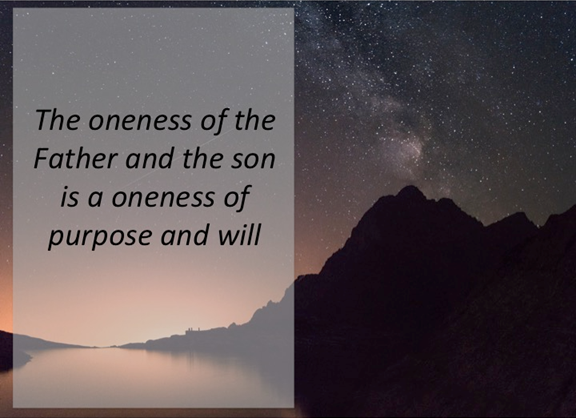 The Holy Spirit is neither God nor Jesus. Nowhere in the Bible is the holy Spirit called "God." Many New Testament epistles open with greetings from the Father and the Son, but in none of the epistles does the holy Spirit ever send greetings—simply because it is not a person. The Spirit of God is not another god, but the power or influence emanating from the one true God (2 Peter 1:21, Luke 4:1, 14, 18). 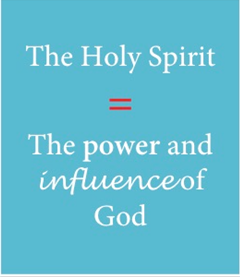 The Holy Spirit is the power that energizes the true Christian in the service of the Lord. (Romans 8:11) It is the power that enabled the prophets to work miracles (Judges 14:6). It is "shed" abundantly upon believers of this age (Titus 3:6), and during the reign of Christ it is to be "poured out upon all flesh" (Joel 2:28, Zechariah 12:10).

Those who advocate the dogma of the trinity concede that it is a mystery, which nobody can understand. The true teachings of the Bible are entirely reasonable and contain no contradictions, which must be rationalized under the heading of "mystery." The Father really is a father; the Son is truly a son. When Jesus died on our behalf, he actually died.

But what is the source of this doctrine? If it is not taught in the Bible, and was not believed by the early church, where did it begin? After the twelve apostles died, a gradual falling away from the original faith occurred. Great numbers of Pagans entered the church, bringing with them Pagan ideas. The trinity is one of many Pagan concepts which influenced Christian doctrine during the early centuries of the Christian era.3 Originating in Babylon, the "trinity concept" spread throughout the ancient world, and became a prominent feature of the Grecian, Roman, Egyptian, Japanese, Indian, Siberian, Scandinavian, and Persian mythologies.