Many times in life we can feel like there are not enough hours in the day to do everything we need and want. We may want to put Christ first in our lives, but can end up feeling that everything is unbalanced, that our everyday responsibilities and obligations interfere. We will take a look at some scriptural accounts of how some, even Jesus himself, dealt with this same issue, especially in the week prior to his crucifixion. The last week of Jesus' life was a very busy time for Jesus, and he had to work very diligently to balance all of his obligations.

Martha, Mary and their brother, Lazarus, were very special to Jesus. Jesus would come spend time with them at their home—it was a place where He found comfort, joy, fellowship and most importantly, He found willing and open hearts. In Luke 10:38-42, Martha and Mary wanted to serve Jesus and make sure everything was just perfect for him. They were not quite done with all they had to prepare—Martha was trying to finish up, and Mary said she would go listen to what the Master had to say. That caused a little bit of contention between the two women.

When similar situations in our lives arise, there is a way we can do both, by heeding the advice of a wise author: 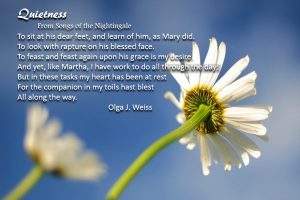 There was a lot going on in the last week of Jesus' life. Yet, Jesus took quiet moments when needed and never lost sight of what was most important—doing God's will. Keeping this in mind helped Jesus to balance his life and to prioritize accordingly. Jesus put God in the center of everything he did, which is the example we should always try to follow.

The following is a timeline, of sorts, that describes many of the events of that last week. In Luke 21, amid the bustle of all that was happening, Jesus took time by himself and observed something beautiful taking place.

Jesus healed a man who was born blind. The Pharisees challenged what Jesus claimed to have done and went to the blind man's parents to ask if Jesus had indeed healed the man. It was risky for the parents, because if they would side with Jesus they would be eliminated from temple worship. The parents would therefore not admit that Jesus had healed their son, but confirmed that indeed their son had been blind since birth and now could see. The Pharisees thus could not refute this miracle. Jesus rebuked the Pharisees, telling them the parable of Lazarus (Luke 16:1), claiming that they would never believe no matter what they were told.

Jesus raised Lazarus from the dead, who had been dead for 4 days. This is important because Jews believed that by the 4th day the soul had left the body and there was no way resuscitation could occur. Again, they did not believe Lazarus. 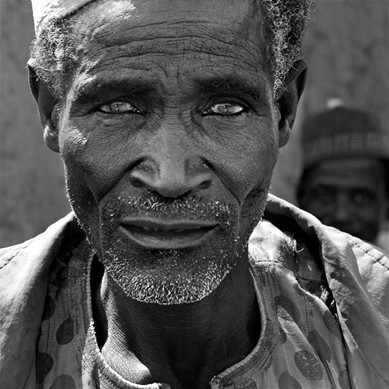 Jesus told the disciples plainly what would happen to Him, but they just could not fathom it. They said they would go with Him and die with Him.

A blind man pleaded to Jesus, "Messiah, have mercy on me…that I may receive my sight." Jesus healed the man and replied, "receive thy sight, thy faith hath made thee whole."

Jesus said he would stay with Zaccheus, the chief tax collector. All of a sudden when he encountered Jesus, something changed in Zaccheus' heart. He said anyone he had cheated, he would pay back four-fold.

He came into Bethany to the house of Martha and Mary. Here Mary anointed His feet with costly perfume.

Mary anointed the feet of Jesus with very expensive perfume. Judas Iscariot was upset, claiming that the money should not have been used for such a thing, that it was a waste of money—she took a valuable possession and used it all. Jesus rebuked Judas because it was an outpouring of her heart, and an act of devotion.

Jesus was welcomed into Jerusalem like a king. The people shouted "Hosanna in the highest!" But in only a few short days another crowd will be shouting, "crucify him!"

Jesus cursed the fig tree, a symbolize of the nation of Israel, and it withered away.

Jesus told them that the Temple was his Father's house, a place of worship—not a barn, a bank, or a place of business. 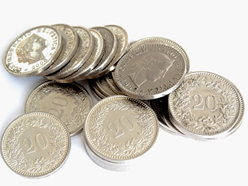 The scribes and the Pharisees are fed up with what Jesus has been saying and ask Him trick questions about taxes. Jesus knows that they have evil heart intent, but answers them anyway, and quite brilliantly.

The Sadducees, another religious power in Jerusalem at the time, don't believe in the resurrection, a doctrine that Jesus has preached since the beginning of his ministry. Jesus responds that God is not the God of the dead but of the living, reaffirming the truth of the coming resurrection.

Jesus strongly reproves the scribes and Pharisees for being hypocrites due to the evil in their hearts.

(The following story is paraphrased from the book, Moments with the Savior, by Ken Gire)

Understandably, Jesus needs a rest as he is exhausted physically, mentally and emotionally. He finds a quiet place on a bench near the Temple treasury. Here, while Jesus is resting, he observes something remarkable, which goes unnoticed but everyone else around.

A widow, who has a very meager place in the Jewish world, is standing in line at the treasury holding two copper coins in her hand, the smallest offering the Temple allowed, but perhaps all that she had. Nobody is paying even the slightest attention to her. 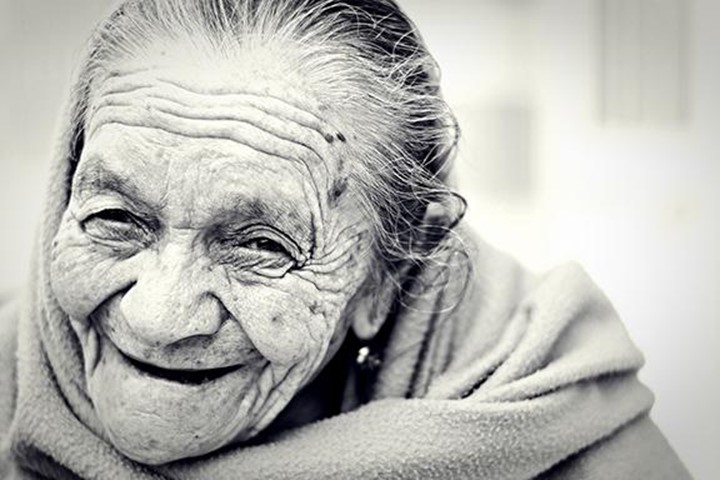 Except for Jesus. He sees her standing there and he waves over his disciples so they can see her, too. The two coins she drops in to the coffers seem insignificant, but Jesus points out the contrary: "I tell you the truth, this poor widow has put more into the treasury than all the others. They all gave out of their wealth; but she, out of her poverty, put in everything—all she had to live on."

It is remarkable that Jesus noticed and found such joy in such a small gesture. Here the Savior of the world points out a woman who donated just two coins. But it was all that she had and demonstrated remarkable faith. She needed the money much more than the Temple did, as she didn't have family to support her, but she still gave it, all of it. She gave it all with out expecting anything in return, without thought of being noticed, let alone thanked.

Her gift may not have meant a lot to the ministry, but it meant a lot to God. Because those two coins represented her faithfulness in supporting God's work, and her faith that God would support her. That is why it meant so much.

What a beautiful site for Jesus to witness, it was like music to his ears. Faith like this did not just grab Jesus' attention, he applauded it. This must have brought Jesus much relief from all the many sorrows he witnessed. And that is why the Savior, on his way to the costliest of sacrifices, stopped to honor less than a cent's worth. May each of us be as observant and in tune with the world around us to notice such remarkable gestures as this one. Continuing the timeline of the last week…

Jesus observes this and begins to wash their feet. Everyone knew exactly what was going on, yet nobody wanted to take his position because if they did, they think they are acknowledging that they are less than the others. So they let the Lord Jesus go about doing what he is doing. 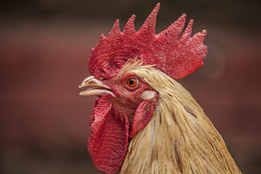 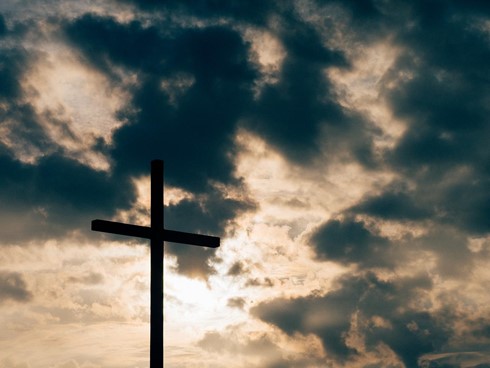 Think about what happened that week. Think about the disciples' reactions and how they interacted with him. Think about what Jesus went through that week and how he always looked to the Father, wanting to do His will. Think about your role as a follower of Christ now and in the future. Make time to quietly reflect on God's word and His hand in your life. Think about how you can bring Christ into everything you do, and honor Him while you are doing it! 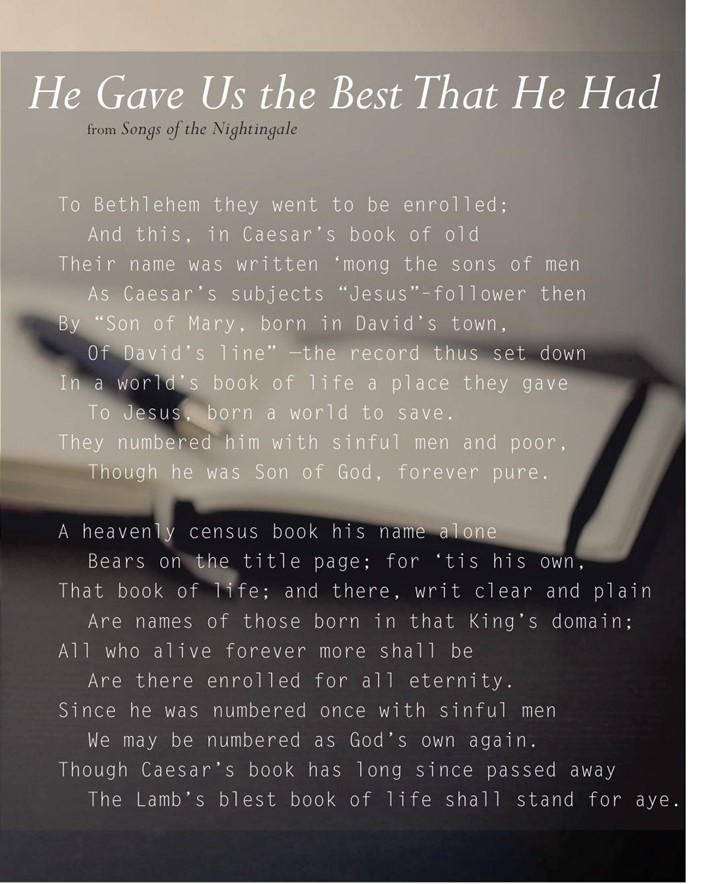