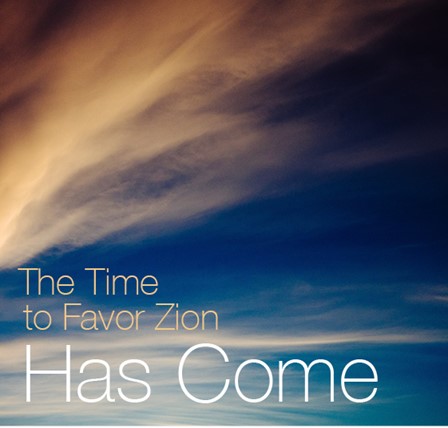 Thou shalt arise and have mercy upon Zion: for the time

As the most prominent hill in the city of Jerusalem, Zion has become synonymous with the entire nation of Israel. Therefore, when speaking of Zion, the Old Testament prophets are actually referring to Israel. When the prophet said, "The Time to Favor Zion has Come" he was prophetically pointing forward to our day. 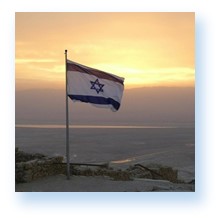 As the modern world looks upon the tiny nation of Israel, it sees it from many different perspectives. Some view its existence as illegal. They say that the land actually belongs to the Arabs, and that the Jews have no right to exist in Palestine. Others view its existence as nothing less than a modern-day miracle. Who is correct, and when will the extreme differences be settled?

It is imperative that Christians be properly informed as to what the Scriptures have to say about this controversial point. When we do this, we will see that God has a solution. Not only is His plan fair, but it will eventually satisfy even those who hold their opinions with such powerful emotions.

The word "double" is translated from the Hebrew word "mishneh." It means a second portion, a repetition, a duplicate. From this word we get the thought that their period of disfavor would be equivalent to their period of favor.

The period of favor lasted for 1845 years, ending in 33 A.D. From the words of the prophet Jeremiah, we now know that their disfavor was an equal period of 1845 years. By marking the end of favor, Jesus was at the same time marking the beginning of Israel's disfavor. From that point onward, we see a marked turn of events in the way God dealt with Jewish people.

In the previous age there were times when Israel was punished by God, but when they repented and learned the intended lessons, they were always restored to a blessed position. On the other hand, from the time disfavor began, God no longer intervened to bless Israel. Their national experience was severe and prolonged. During the terrible Diaspora, or dispersion, Jews were persecuted and barred from owning land in Palestine and could only live there under very adverse conditions. In fact, very few Jews lived in Palestine over the centuries of Roman and Turkish control.

1878- A Turning Point in Jewish History

On March 3, 1878 a treaty was signed ending the Russo-Turkish War of 1877. In order to work out all the details of the treaty, the chancellor of Germany proposed a gathering of the nations involved. This gathering became known as the Berlin Congress of Nations. The congress assembled on June 13, 1878 and was successful in working out the details of the treaty. One of the main characters involved in the negotiations was the Prime Minister of Great Britain, Lord Beaconsfield. His common name was Benjamin Disraeli. He was the only Jewish Prime Minister that Great Britain has ever had. He was instrumental in gaining provisions in the treaty that reestablished the right of Jews to own land in Palestine. This seemingly insignificant provision has become a major mark in observing the fulfillment of Bible prophecy.

Just as Bible prophecy pointed to an end of God's disfavor upon the nation of Israel, so we see history unfold before us, fulfilling God's very words. This small event, barely recognized by the world, began one of the most wonderful series of events that the world has ever seen. After more that 1800 years of obscurity, the world has seen this scattered people return to God's favor as they blossomed into a nation once again.

The next significant event after The Berlin Congress of Nations was brought about by the groundswell of anti-Semitism in Europe. In 1896, Theodor Herzl published his famous pamphlet, The Jewish State. In it, Herzl envisioned a separate Jewish state because of his belief that anti-Semitism was not merely a temporary reaction, but a deep-rooted sentiment. He felt that Jews needed to isolate themselves from these feelings of hatred and murder. Out of his work grew a significant political movement called Zionism.

A very important document that helped the cause of Zionism was the Balfour Declaration. Written in 1917, this declaration formally committed the British government to establishing a national home for Jews in Palestine. The implications were far reaching and powerful. They finally bore fruitage, when in 1948 the United Nations partitioned Palestine, providing international recognition for the state of Israel. 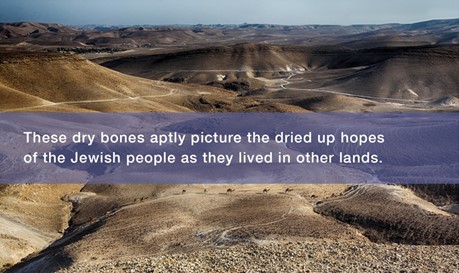 As the Zionist Movement grew, the hopes of a Jewish homeland were rekindled in the hearts of many Jews. This growth is beautifully depicted by the prophet Ezekiel as a valley full of dry bones (Ezekiel 37). These dry bones represent the dried up hopes of the Jewish people as they lived in other lands. Ezekiel describes how these bones were re-assembled, forming living, breathing beings. We are witnessing this prophecy being fulfilled before our very eyes. Israel is truly a modern-day miracle, a nation being brought back to life by the power of God.

Fishers and Hunters in Prophecy

The work of regathering Jews to their homeland began as a quiet whisper. The scriptures describe the work of Zionism as "fishers," luring Jews to their new home. Some did come, but many more would not leave the comforts of Europe. It was not until the Nazi persecutions that many of the European Jews were convinced they should return to their God-given homeland. Hitler, and others like him, are described by the prophet Jeremiah as "hunters" looking to kill their prey (Jeremiah 16:16). As a result of the "fishers" of Zionism and the hateful "hunters," Israel had enough Jews to form a nucleus on which to build their homeland.

What Are God's Chosen People Chosen For?

The pages of history may leave the impression that Israel was chosen merely for persecution and contempt. But, to clearly understand God's purposes in choosing Israel, God's promise to them must be understood. 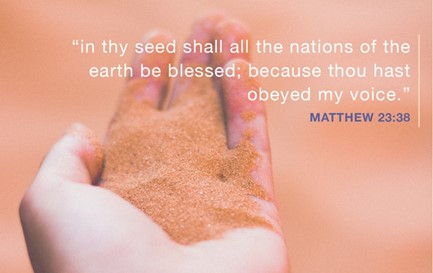 In Genesis 22:18, God makes a promise to Abraham, the father of the Jewish nation. He says, "in thy seed shall all the nations of the earth be blessed; because thou hast obeyed my voice." The offer of becoming the seed of Abraham was extended to Christians, as described in Galatians 3:29. "If ye be Christ's, then are ye Abraham's seed, and heirs according to the promise." It will be through Jesus and his faithful followers, as the spiritual seed, that the promised blessings will come to the world. This does not mean, however, that the nation of Israel will no longer be used by God. In Romans 11:1 the Apostle Paul asks, "…has God cast away his people? God forbid, for I also am an Israelite…" 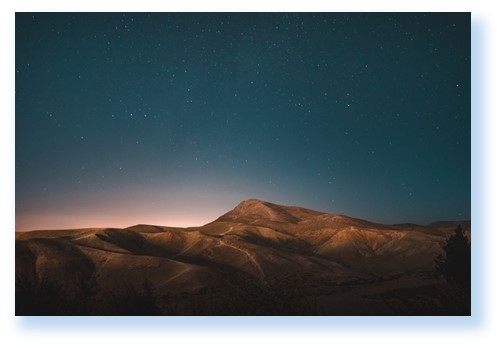 Israel was not cast off forever. As we see their miraculous regathering, we are seeing God prepare them as the earthly seed that He will use in blessing the nations. It will be through both the heavenly and earthly seed, that all the families of the earth will be blessed.

The prophet Isaiah shows that the capital of the world will some day be Jerusalem. He indicates that when God's kingdom on earth is established, Israel will be the focal point of God's dealings with mankind (Isaiah 2:2-4). The life-giving New Covenant that Jeremiah spoke of will be administered from this world capital, for the benefit of all (See Jeremiah 31:31-34).

The promises of one world government dispensing blessing to all the world are wonderful in themselves. However, other Scriptures show that all those who have ever lived will be resurrected to share in those blessings (Jeremiah 31:15-17; Isaiah 1:26; Isaiah 35; John 5:28, 29; Revelation 21:3,4). This is the kingdom that Jesus taught us to pray for when he said,

For a more thorough explanation of Ezekiel 37 and The Valley of Dry Bones, follow the link below.

Can These Bones Live?