The effect of man's lifestyle can be seen throughout history. The Apostle Paul wrote, "Whatsoever a man soweth, that shall he also reap" (Galatians 6:7). The actions of our ancestors have made our day what it is and because of what we each do today, tomorrow will be the result. EXCEPT when God steps in! God has a plan for a beautiful tomorrow that will effect each one of us. 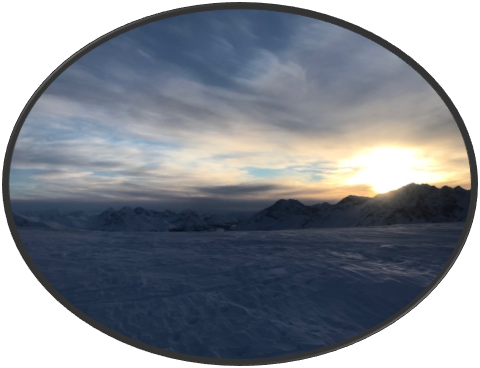 The universal law of cause and effect forces us to examine the history of economics, politics, social living, military trends and religion. These have each impacted the world around us. But Is there anything we can do to make the world of tomorrow a better place in which to live?

For centuries, our race has plodded wearily along. Even its best endeavors often prove fruitless. Yet it has always hoped for a Golden Age, dreamed of by its philosophers. 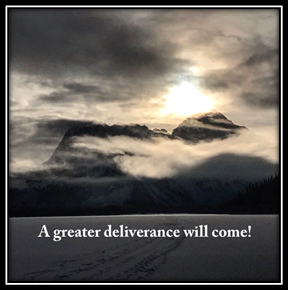 Until now, this has not been an empty hope but a great deliverance is on the horizon—better than any of our fondest dreams. Jesus and his followers will bring this deliverance. As Sons of God, they will soon be manifested in kingdom power. "Blessed and holy is he that hath part in the first resurrection: on such the second death hath no power, but they shall be priests of God and of Christ, and shall reign with him a thousand years" (Revelation 21:6).

The world has chosen the Alexanders, Caesars and Bonapartes to honor in prose and verse. The Bible says, The proud are now called happy. They that work wickedness are set up in power (Malachi 3:15).

But the smiting of Satan's world and the establishment of God's kingdom will mean the liberating of the oppressed and the blessing of all. The overturning and transition period will be wrought with trouble, but the result will be the inauguration of a Kingdom of Righteousness.

Knowledge Shall Be Increased 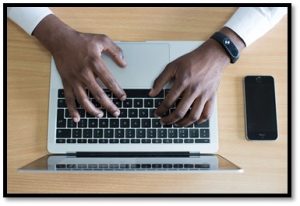 One interesting change of the past 200 years is the newfound freedom of man. With greater enlightenment people are not so easily deceived and misled as they once were. They will not submit to the yoke of former days. This change is largely the result of the increase of knowledge, which gradually began with the invention of printing. Since the 15th century a proliferation of books on every conceivable subject has caused a general enlightenment, which can be shared by all. In the past 20 years, there has been a technological revolution, which has brought an incredible abundance of knowledge to our fingertips. As we learn of yesterday's progress, it becomes obsolete in the inventions of today. 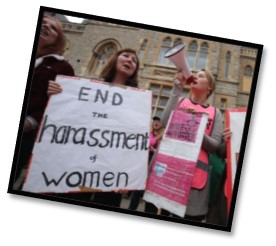 The increase of knowledge is by God's design and come to pass in His due time. It is one of the mighty influences, now at work, binding Satan, the prince of the past 6,000 years. Knowledge curtails his influence and is part of the "Day of Preparation" as the world is being made ready  for God's kingdom on earth.

This increase of knowledge has awakened people's realization of their natural and inalienable rights, which they will no longer permit to be ignored or despised. In fact, they often go to the opposite extreme, claiming rights not theirs

The effect is Discontent. Revolution. Neglect of law and order and eventually Anarchy. 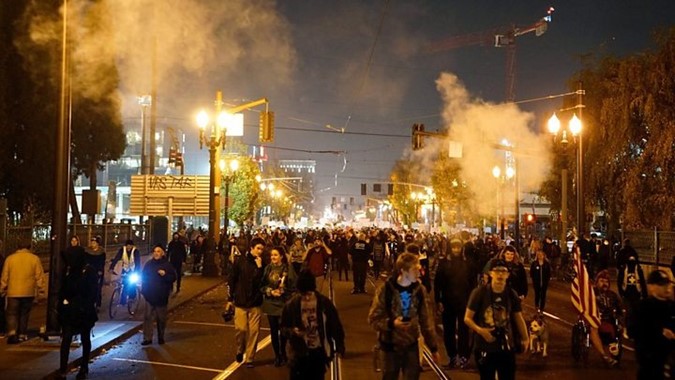 Yet out of this this confusion, God will set up

His kingdom in power and great glory.

The World Will Gladly Bow 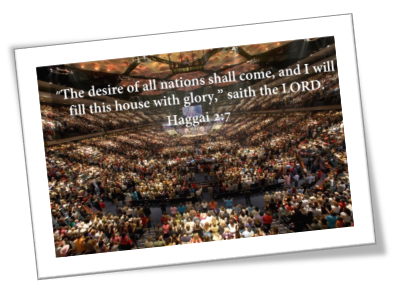 Wearied and disheartened with their own failures, the world will gladly welcome and submit before this heavenly authority, gratefully recognizing its superior wisdom, strength and justice. "The desire of all nations shall come" (Haggai 2:7).

The noblest efforts of man are ineffectual, or short lived at best. Doctors may prolong lives, but the end is inevitable. We lack the power to accomplish our greatest desire, to live. Only God's kingdom will give that life. "And I give unto them eternal life; and they shall never perish, neither shall any man pluck them out of my hand" (John 10:28). 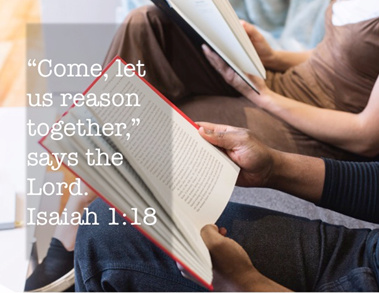 "Come, let us reason together," says the Lord (Isaiah 1:18). His word provides dependable answers to our questions. When we "rightly divide the Word of Truth," (2 Timothy 2:15) we see a plan that is designed to bless all the families of the earth. "And have hope toward God…that there shall be a resurrection of the dead, both of the just and unjust" (Acts 24:15). This passage describes the resurrection of all who have ever lived. The "just are those who have dedicated their lives now and receive a heavenly reward. The "unjust" are the remainder of mankind, raised to a 1,000-year judgment time. (See Revelation 20:6). During this time Satan will be restrained and not allowed to influence mankind (Revelation 20:1-3). The purpose will be to educate mankind in the ways of righteousness and teach him to love and serve his fellow man.

"And they shall teach no more every man his neighbor, and every man his brother, saying, 'Know the LORD:' for they shall all know me, from the least of them unto the greatest of them, saith the LORD: for I will forgive their iniquity, and I will remember their sin no more" (Jeremiah 31:34).

What a prospect to look forward to as we hope for God's kingdom.

Here we share a few of the many precious promises given to us in scripture. 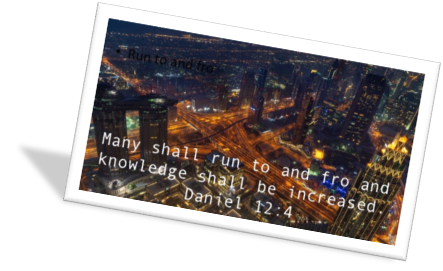 The prophet Daniel gave us signs by which we would know the kingdom was near at hand. "Many shall run to and fro and knowledge shall be increased" (Daniel 12:4). World conditions have followed a consistent pattern for 6,000 years. But the tempo of life increased rapidly and the "knowledge explosion" of the late 19th century burst forth and has changed the world. 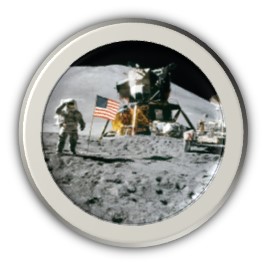 Human beings have now traveled to the moon and returned successfully. Current plans are to travel even further and attain even greater achievements. All of this has taken place in our lifetime and form part of the signs described by Daniel.

Prepare Ourselves for Restitution 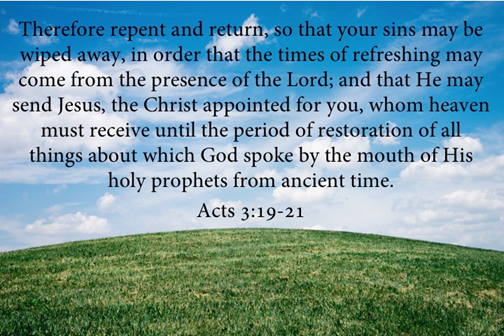 Let us prepare ourselves, with God's help, for the times of restitution of all things, which God hath spoken by the mouth of ALL His holy prophets since the world began (Acts 3:19-21). Let us study to become God's people and share in the promise of Revelation 21:3, when He will remove sorrow and make all things new. Let us claim Him as our God. 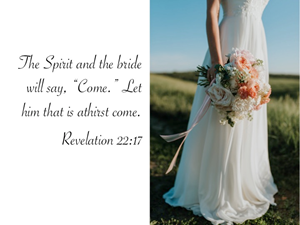 The heavenly bride, (the "just" class mentioned earlier) will share with Jesus the privilege of blessing the world. This class is described by Jesus when he said, "If any man will be my disciple, let him deny himself, take up his cross daily, and follow me" (Luke 9:23).

Man's experience is the perfect study in cause and effect: "Whosoever shall save his life shall lose it: whosoever will lose his life for my sake shall find it… he shall reward every man according to his works" (Matthew 16:25-27). 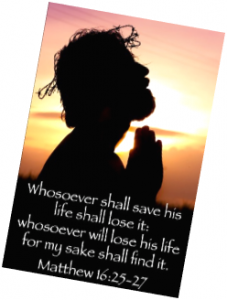