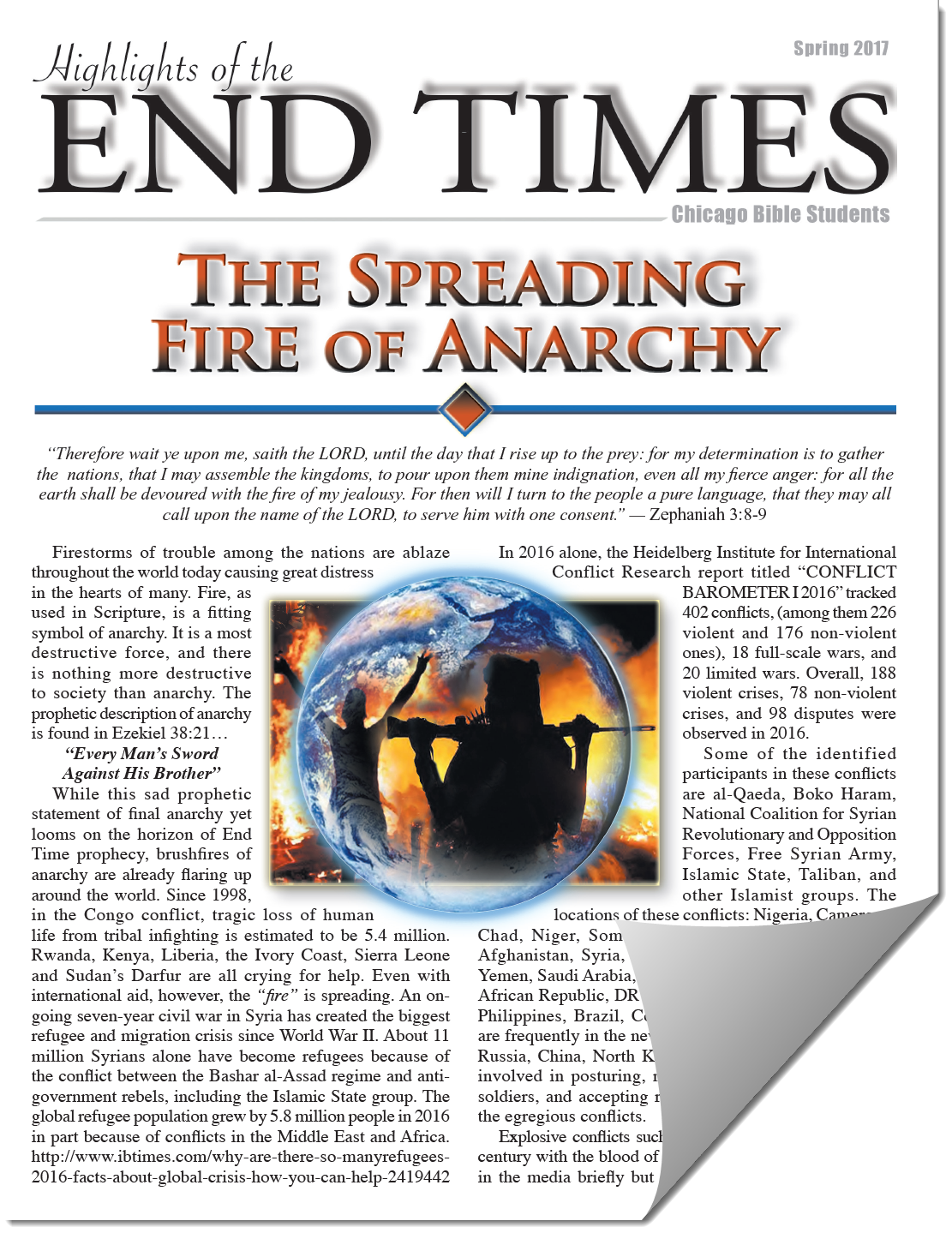 Newsletter - The Spreading Fire of Anarchy

“Therefore wait ye upon me, saith the LORD, until the day that I rise up to the prey: for my determination is to gather the nations, that I may assemble the kingdoms, to pour upon them mine indignation, even all my fierce anger: for all the earth shall be devoured with the fire of my jealousy. For then will I turn to the people a pure language, that they may all
call upon the name of the LORD, to serve him with one consent.” — Zephaniah 3:8-9

Firestorms of trouble among the nations are ablaze throughout the world today causing great distress in the hearts of many. Fire, as used in Scripture, is a fitting symbol of anarchy. It is a most destructive force, and there is nothing more destructive to society than anarchy.

The
prophetic description of anarchy is found in Ezekiel 38:21… “Every Man’s Sword Against His Brother” While this sad prophetic statement of final anarchy yet looms on the horizon of End Time prophecy, brushfires of anarchy are already flaring up around the world. Since 1998, in the Congo conflict, tragic loss of human life from tribal infighting is estimated to be 5.4 million. Rwanda, Kenya, Liberia, the Ivory Coast, Sierra Leone and Sudan’s Darfur are all crying for help. Even with
international aid, however, the “fire” is spreading. An ongoing seven-year civil war in Syria has created the biggest refugee and migration crisis since World War II. About 11 million Syrians alone have become refugees because of the conflict between the Bashar al-Assad regime and antigovernment rebels, including the Islamic State group. Based on ibttimes.com The global refugee population grew by 5.8 million people in 2016 in part because of conflicts in the Middle East and Africa.
Read more, download the newsletter The Spreading Fire of Anarchy 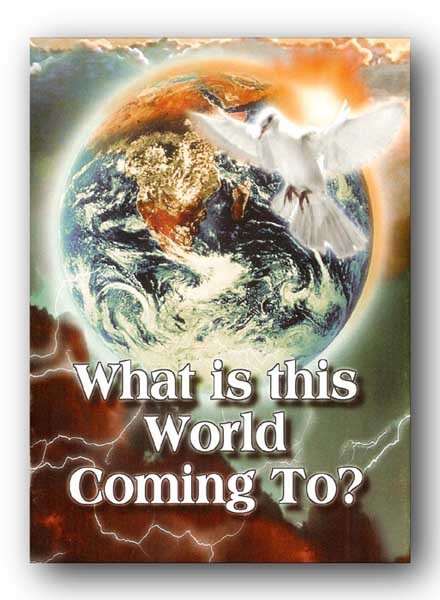 FREE Booklet Offer: "What is this World Coming to..."

The world events of this last decade of the Twentieth Century were like the thunderclaps of a gathering storm—such as there never was. What do these ominous rumblings of society portend? And is there any hope for the world on the other side of this imminent and promisingly furious storm’?
With the collapse of the communist camp in Russia and Eastern Europe, the cold war ended. But the era of assured peace was soon eclipsed by the Middle East crisis. The Third World Nations have become armed camps of instability that pose a continual threat to world peace. Since the nineties, the United States has carried a record debt and with recurring economic recessions (...)

Is it any wonder that so many ask, ‘‘What is this world coming to?’’ Some go further and reason, ‘‘If there is a God who cares, why does He permit all of this trouble?"

Order one FREE Copy (US Addresses Only)